Taking a Look at the Damage Caused By Hurricane Ian 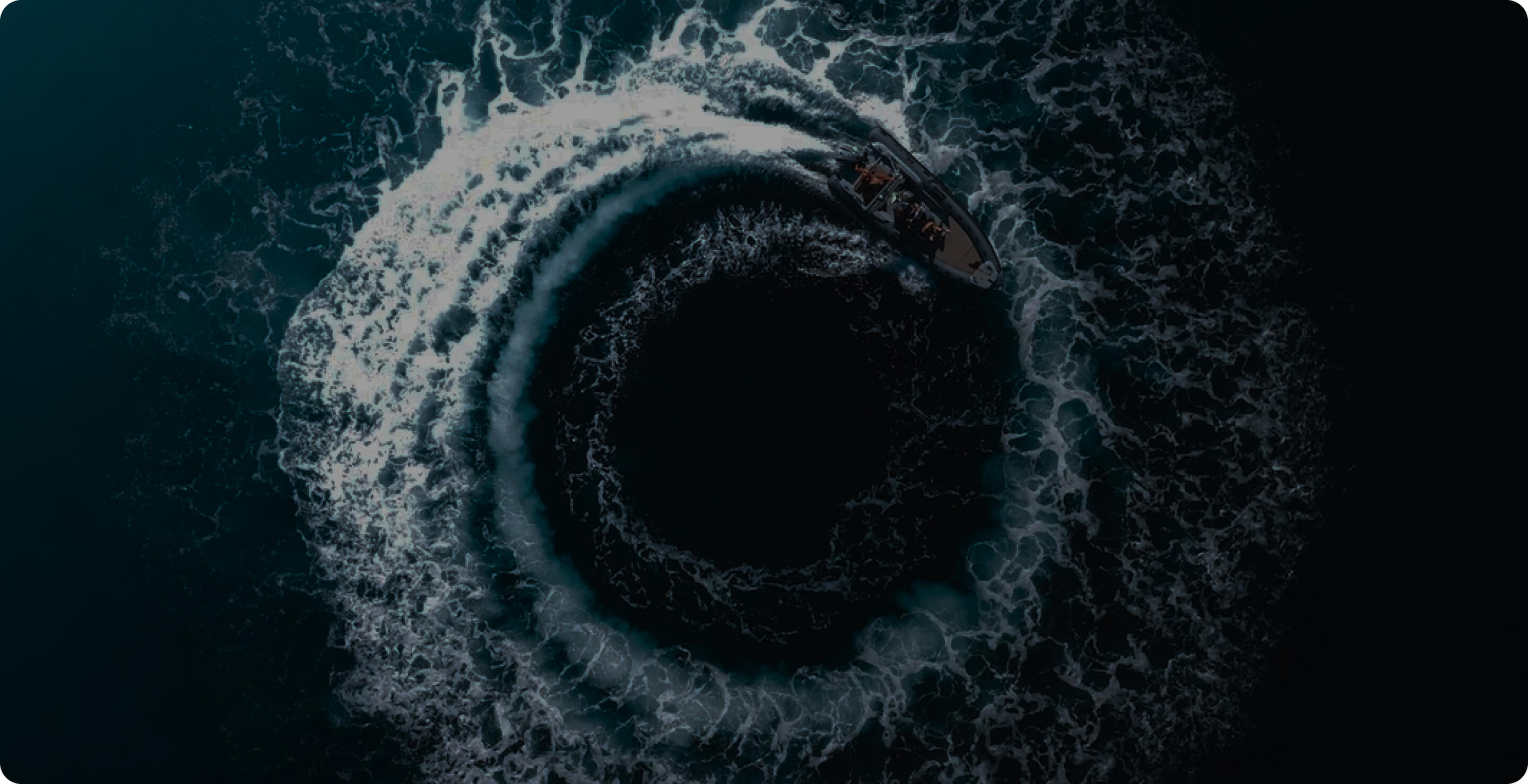 What is Hurricane Ian?

Hurricane Ian made landfall on Florida on September 28 as a Category 4 storm, making it one of the strongest storms to ever hit the state — and the most powerful since Hurricane Michael in 2018.

While authorities are still taking stock of the damage, it is clear that this storm is set to be one of the deadliest and costliest in quite some time.

As a result, many outlets are reporting that the storm damage has the potential to “financially ruin” individuals who didn’t have homeowners insurance in Florida prior to Hurricane Ian. At the same time, this also has the possibility of creating further turbulence in the home insurance marketplace itself.

While it will likely be several months before the full scope of the damage becomes clear, data is beginning to pour in, painting a grim picture. Here is a closer look at what has happened in the aftermath of Hurricane Ian.

At the time of writing, the estimated death toll from Hurricane Ian in the United States had reached 105 — with 101 of those deaths occurring in Florida. The majority of the deaths occurred in Lee County, where 54 deaths had been reported so far.

However, this toll is likely incomplete, as lingering floodwaters continue to make it difficult to carry out rescue and recovery efforts in the areas that were worst hit by the storm. While thousands of people have been rescued from inundated areas, there still remains a lot of work to be done. Sadly, the death toll is expected to rise as rescue efforts continue. Thousands of people are still reported missing.

The human toll has also led to scrutiny about whether government officials were too late in issuing evacuation notices — a move that could have contributed to fatalities as people didn’t receive adequate warning until it was already too late to leave.

The death toll already makes Hurricane Ian Florida’s deadliest hurricane since 1935, when the “Labor Day Hurricane” resulted in over 400 deaths.

While preparing your home for a hurricane can help mitigate damage (particularly in inland areas farther from the coast), no amount of preparation could protect the coastal areas that took the direct impact of Hurricane Ian.

As the New York Times reports, storm surge left half of the streets in Naples completely impassable due to flooding. Photos show that the storm surge destroyed mobile home communities, marinas, and luxurious beachfront properties alike.

The Sanibel Causeway and Pine Island Bridge were also partially destroyed, leaving barrier islands near Fort Myers cut off from the mainland.

It is believed that over 40,000 people have been displaced after losing their homes.

As another reporter from the New York Times put it: “Photos from several areas of the state showed homes crunched together in a chaotic jumble, or smashed into what looked like toothpicks. Fishing boats and pleasure cruisers had been hurled onto the ground as if they were bathtub toys. The streets were a perilous obstacle course of toppled trees and downed wires.”

On Sanibel Island, one of the hardest hit areas, over 1,000 people have been evacuated as local officials say that every property on the island has been damaged by the hurricane — with many properties getting knocked off their foundations.

One somewhat positive note are the reports that many homes are still standing after Hurricane Ian, in large part due to stricter building codes that the state enacted after 2004’s Hurricane Charley.

And of course, older properties and mobile homes were not equipped with such standards, quite often resulting in complete destruction.

Then, of course, there is the damage to the state’s infrastructure. Over 2.4 million Florida residents lost power during the storm, and it is expected that it may take quite some time for the hardest-hit areas to regain electricity, water, and other basic utilities. Lee County expects Fort Myers Beach to be without power for at least one month.

Even though Hurricane Ian weakened as it passed over Central Florida, it still brought strong winds and heavy rains to much of the state. While areas like Orlando did not experience the catastrophic level of damage that coastal areas did, flash flooding, damage from fallen trees, and power outages also affected residents in much of the state.

As some areas remain inaccessible due to lingering floodwaters, it will likely be some time before the full scope of the damage can be properly assessed and recovery efforts can be completed. However, photos and early estimates paint a troubling picture for the hardest hit areas.

AccuWeather founder and CEO Dr. Joel N. Myers estimates that total damages caused by Hurricane Ian will reach anywhere from $180 billion to $210 billion, explaining: “The economic impact of this storm should not be underestimated. At $200 billion, that amounts to 1 percent of our national GDP, which is a significant hit on the economy and the entire country and could even be the difference between growth and recession, causing the Federal Reserve to keep from raising interest rates further for the remainder of the year.”

Reuters reports that insurers are expected to face a financial hit of up to $57 billion, with litigation and inflation having the potential to further increase losses for the industry.

As the report explains, “Industry experts already expect insurers will go into bankruptcy, homeowners will be forced into delinquency and insurance will become less accessible in regions like Florida. Recovery is expected to be slow and difficult due to inflation, high interest rates, and labor and materials costs, with litigation posing further complications for claims.”

In fact, some industry experts believe that it may take more than a year for some claims to close, due to litigation and other complications affecting the recovery process.

With roughly 99 percent of the industry’s losses expected to be tied to damages that occurred in Florida, it is clear that Hurricane Ian’s impact on the state’s insurance and housing market will be felt for quite some time.

Even for Florida homeowners who weren’t directly impacted by Hurricane Ian, the storm is poised to potentially create problems. The risk of some insurance providers going bankrupt could result in homeowners having their policies cancelled entirely.

Even before Hurricane Ian struck, property insurers that had been declared insolvent had caused thousands of residents to lose their coverage or have their policies transferred to another provider.

Lack of Flood Insurance a Problem

According to Politico, in the nine Florida counties that were declared federal disaster areas in the aftermath of Hurricane Ian, only 29 percent of households had federal flood insurance.

By the numbers, that means 1.3 million households in areas that experienced significant flooding do not have federal flood insurance.

While these numbers don’t account for homeowners who could have obtained flood insurance through a private insurer, it still illustrates the potential challenges many people will face in trying to recover.

These numbers varied wildly from county to county, often in line with the population’s socioeconomic status. For example, while 67 percent of homeowners in high-income Collier County had flood insurance, only 1.3 percent in poorer Hardee County had this coverage.

Inland areas such as Orlando also experienced flooding as rivers and lakes rose due to flash floods and heavy rains — and in these areas, few people typically obtain flood insurance.

A standard home insurance policy does not include coverage for flood damages. While home insurance coverage would generally reimburse homeowners for damages caused by winds, homeowners may need to prove that the damages were indeed wind and not flood-related.

In fact, the same Politico report notes that roughly 30 percent of insurance claims filed after Hurricane Irma were rejected in 2017.

For 2016’s Hurricane Matthew, the denial rate was even higher at 40 percent.

For homeowners who suffered flood-related damage and do not have flood insurance, applying for FEMA aid is the only remaining option to receive financial compensation for their losses.

However, the ability to apply for FEMA aid is limited to residents of the counties that were declared federal disaster areas: Charlotte, Collier, DeSoto Hard, Hillsborough, Lee, Manatee, Pinellas, and Sarasota counties. In addition, FEMA aid is capped at $72,000. According to the previously cited Politico article, however, the average FEMA payout is less than $10,000.

For families without adequate insurance coverage or the financial means to rebuild, the impact of Hurricane Ian-related losses will likely be felt for many years to come.

In areas such as central Florida, where Hurricane Ian’s strength had largely dissipated by the time it struck, much of the cleanup is already complete. Power has been restored to most Florida residents who lost electricity, and life can largely continue on as normal.

But for those who live in the hardest-impacted area near Fort Myers, recovery will take quite some time. Receiving insurance and FEMA payouts is a lengthy process in and of itself. But many homes are no longer livable or even standing, particularly in areas like Sanibel Island. As electricity, clean water, and phone service remain unavailable, there is no way for people to return home.

As one Iona resident told AccuWeather after the storm, “It’s kind of hard to talk about because we don’t have a place to go…Our families have lost everything. There is, I can tell you, like a boat sitting almost like in our apartment. It’s all under water.” For many people, the idea of “Where do you start?” to recover is now the chief concern after losing almost everything.

There are questions of how insurance companies will respond, and whether the damage will be so extreme that it could cause smaller insurers to go out of business entirely. For the time being, homeowners who do have insurance coverage would do well to submit their detailed claims in as timely of a manner as possible.

Those who are in a position to help are encouraged by FEMA to donate cash to recognized disaster relief organizations, or to volunteer their time with Florida Voluntary Organizations Active in Disaster. Every effort can help make a difference as the state seeks to recover from Hurricane Ian.

Protect Your Property With Homeowners Insurance In Florida

Events like Hurricane Ian show how truly essential it is to have homeowners insurance in Florida. Unfortunately, a turbulent insurance market is also making it harder for the state’s residents to find quality, affordable insurance coverage.

As a result, more and more homeowners are ending up with the state-backed Citizens Property Insurance Corp. — the insurer of last resort. Or they are choosing to go without coverage altogether, leaving them financially exposed in the aftermath of severe weather events.

It has never been more important to ensure that you have adequate homeowners insurance in Florida — and Worth Insurance can help. We make it easy to find and compare quotes from the state’s best home insurance companies so you can find the right policy for your needs. No credit card information is required to obtain these free quotes, and you can apply in just one minute.

Having homeowners insurance in Florida won’t keep your house from getting hit by the next hurricane. But with quality coverage, you can have peace of mind knowing that you are financially protected, no matter what such storms might bring.

Renters insurance policies are usually meant to protect your personal belongings from damages as well as theft. If something you own is stolen, you will be covered (up to your specified coverage limits).

Renters insurance typically covers damage to the policyholder’s personal property. This includes coverage for personal belongings such as furniture, clothes, and electronics.